I hope you’ve been enjoying the fourth beta so far! I’ve been working on something special for the game for a short while. Since the third beta, I’ve been slowly working on improving the game’s experience for mobile devices or devices with touchscreens, starting with the on-screen controls that have been available since the prototyping stages. A week or so ago, I added some initial build support for the Ubuntu Touch platform, an alternative mobile operating system to Android and iOS, and it… functions. Some issues such as CMR-23 will aim to make it more playable, which should hopefully extend to other mobile devices.

Suffice to say, I’m pleased to announce that, for current supporters on Ko-fi (or GitHub Sponsors), you can now download the Ubuntu Touch click package to test drive the game on a mobile device. Once I can nail the experience on Ubuntu Touch, it should be relatively easy to port this to iOS and Android. The click package will be made available to everyone with the next anticipated beta, v0.1.0-beta5. 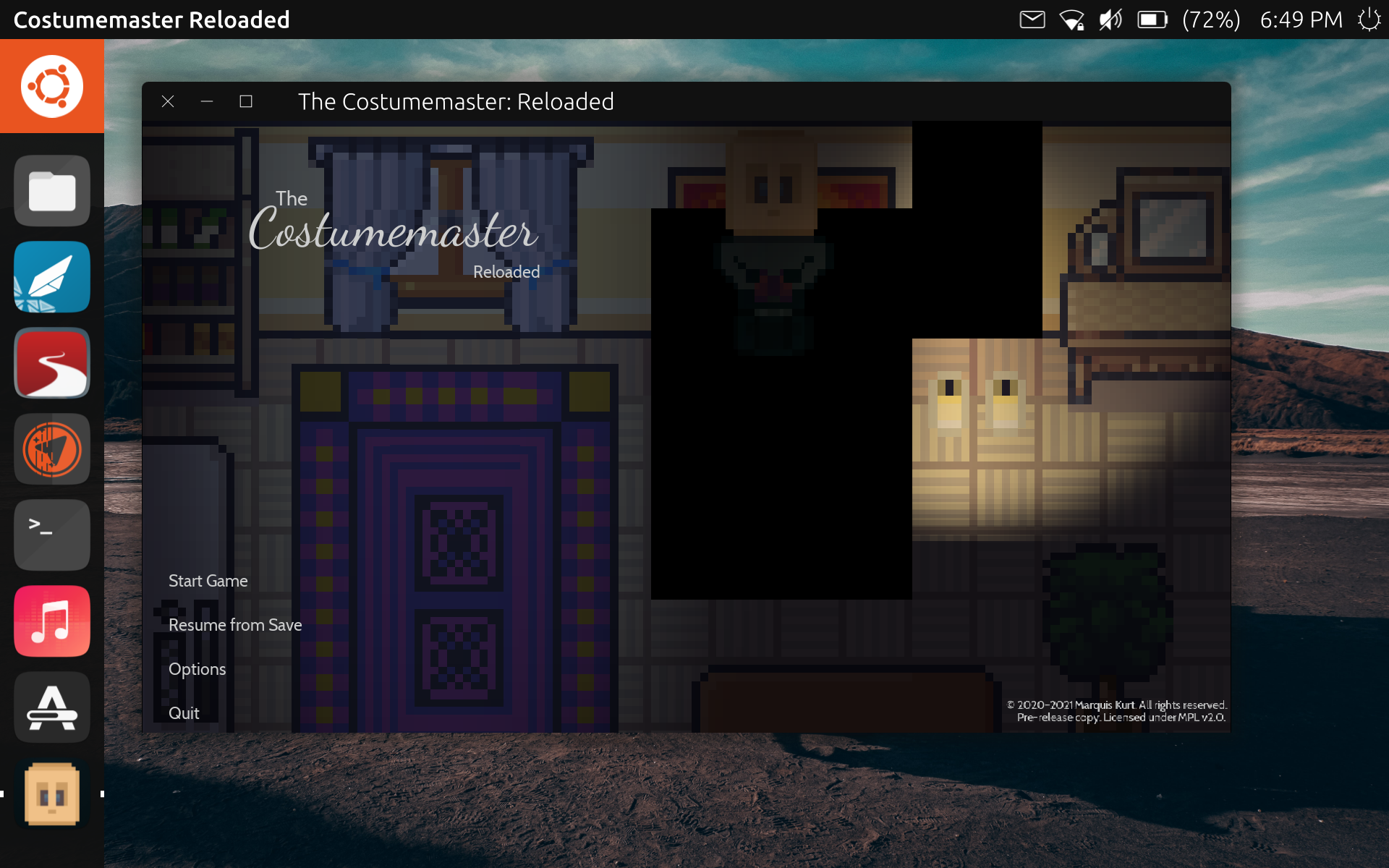